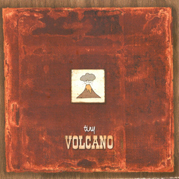 Though they aren't paired as counting partners, there are several interactions in Inventory between wise-ass, pot-smoking libertarian Chuck and Bible-belting (yet Bible-ignorant) Bess.

The irreverent convergence of pot and religious themes brought to mind Tiny Volcano's rollicking "Mary Goes Around," from their self-titled debut album:

For some reason, it took forever before I actually tried placing the song into the rough cut, and when we did, it fit perfectly... except we needed an additional instrumental section. Scott McPherson, the song's writer and singer, provided us with the karaoke-ready (well, dialogue-ready) tracks, bless his soul!

Late in the project, when I was seeking music for a few unfilled cues, I put on TV's longplayer—an exceptionally sturdy powerpop album.

And there, just waiting to join the song score, was the amiable instrumental, "July 7, 1965," which I'd never really listened to before. Its leisurely tone was perfect for some early moments in the film.

Scott shares with us the origin of Tiny Volcano and the songs of theirs that grace our soundtrack:

TV was established in 2000 as a project band for Scott McPherson and some talented friends.

Scott was in the 90's pop band "Liar's Club", as well as the band "Haste" which offered more adult contemporary pop ala Crowded House.

Tiny Volcano released their debut CD in 2003 to very strong reviews and CD sales, and they have been tinkering with a follow-up CD for years now, but only time will tell if that CD will see the light of day.

TV players include: Jon Ecklund on guitars, Tony Cooper on bass, Dana Sims on drums, and Scott handles pretty much everything else.

Memoires of a Song Writer

It was an honor to be asked to contribute a few songs to the soundtrack of Inventory, and to be included with so many great bands.

Here are some insights and inspirations for the Tiny Volcano songs that were chosen for the film.

Was actually written in the mid 90's for the band "Liar's Club", but as that band was winding down the song was of course shelved until Tiny Volcano was formed, and then dusted off and recorded for the debut TV/CD. Though the subject matter is obvious, the lyrical content was actually meant to be a bit more silly than serious, and the music was more of an exercise in song writing with trying to model it after someone like "Matthew Sweet". I was listening to Sweet's "Girlfriend" CD at the time.

This tune pays homage to two people. My wife, and Paul McCartney.

I recall one afternoon sitting in my attic with guitar in hand and wishing I could write something as lovely as Macca's "Junk". So, this is the result of that wishing. Well, I felt I had something very special here so, I gave it as a gift to my wife for her Birthday.....on July 7th.

You can hear TV @ www.myspace.com/tinyvolcano
Also, find us on Facebook.
Contact info: tinyvolcano@yahoo.com
Thanks for listening,
Scott McPherson

Posted by Justin Fielding at 8:53 PM