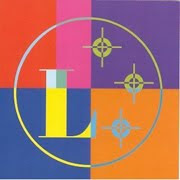 In a powerpop soundtrack full of peppy, affirmative songs, how does one create the right first impression of ominous store owner John Panda?

I don't think there could be a better answer than a song by Martin Luther Lennon, who combine bright, propulsive tunefulness with high, sweet vocals and oft-badass lyrics that keep catching you by surprise. When you hear a song titled "Kill, Kill, Kill," it's a considerable surprise to find it's not only infectious but downright adorable. Tipper Gore's worst nightmare, perhaps. But for those who take black-humored fun in stride, MLL's two CDs are a joy.

About "Kill, Kill, Kill" and the band that performed it:

Martin Luther Lennon was a Los Angeles based power pop-punk band featuring singer and songwriter Anthony Douglas Perkins. They released two albums on the Colorado based label Not Lame, "Music for a world without limitations" and "Escape to paradox island", as well as music on an assorted number of compilations during the years 1995 to 2000. Both albums were critically lauded and in 2007, MLL was listed in Spin magazine as one of the "ten most under-recognized power pop bands". They last performed in 2003.

[The song was] written in the summer of 1993 during a time when I [Anthony] was really sick. No real conscious explanation other than the fact that I thought that it would be really funny to write a pop song called "Kill Kill Kill."

Posted by Justin Fielding at 9:04 AM